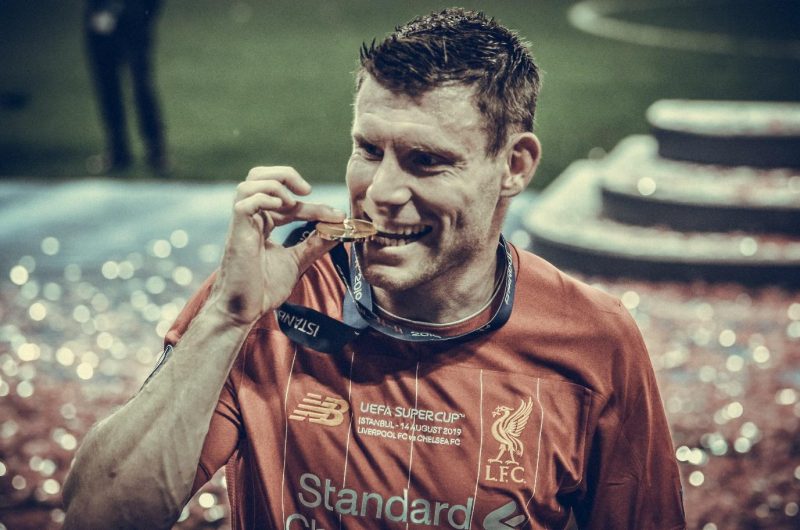 When you think of the star players that have propelled Liverpool to greatness over the last four or five seasons, James Milner probably isn’t the first that comes to mind. But while the likes of Mohamed Salah, Virgin van Dijk and Alisson grab all the headlines for their quality on the pitch, anyone at Liverpool will tell you that the role played by Milner has been just as important.

Indeed, after the 36-year-old put in a man of the match display against Newcastle United in April, Liverpool manager Jürgen Klopp made it clear just how important ‘Millie’ is to the winning machine he has built at Anfield — frequent favourites in the Premier League betting market.

“He’s a role model,” the German said. “I have told him, I can tell the whole world – nothing we have achieved in the last few years would have happened without James Milner, it’s as easy as that. Whether he was on the pitch or not, he’s set standards in a way not a lot of people can set standards, and it educated all of us.”

The good news for all those associated with Liverpool is that Milner has signed a one-year contract extension to stay with the team for another year. Despite reported interest from other Premier League clubs, and from abroad, Milner has committed to at least one more season with the Reds, and that will come as a huge boost to his teammates.

As Klopp mentioned, Milner’s value to Liverpool doesn’t just lie in his on-field contributions, which are usually limited to substitute appearances, but in the leadership qualities he brings to the team. Since he joined the club on a free transfer from Manchester City in the summer of 2015, he has been one of the key leaders at the club, and a reliable vice-captain to Jordan Henderson.

Indeed, it is said that Henderson and Milner operate something of a ‘good cop, bad cop’ dynamic, with the latter acting as the sterner force. There’s no doubting that Milner drives standards at Liverpool’s Kirby training base, and that is undoubtedly part of the reason that the club’ hierarchy were so keen to keep him around for another year.

Milner to Stay On Merseyside

According to most reports, Milner has taken a pay cut in this latest deal, with a contract more heavily incentivised by bonuses. It’s a testament to how much he cares for the club that Milner has agreed to stick around on such an arrangement, given that he almost certainly had more lucrative offers from other clubs.

Liverpool head into next season with a few challenges to face. For one, they will need to bounce back from their Champions League final defeat at the hands of Real Madrid, which has undoubtedly left some mental scars. It also looks likely that Sadio Mané will be leaving the club this summer, which means the dressing room will be losing one of its most enigmatic characters.

Those factors make it all the more important to have a player like Milner among the ranks, someone who can pull the team together and instil the mentality needed to go again next season, even if there are some personnel changes and lingering disappointment from the previous campaign. At 36 years young, Milner won’t be at Liverpool for too much longer. All the more reason to fully appreciate his contributions.