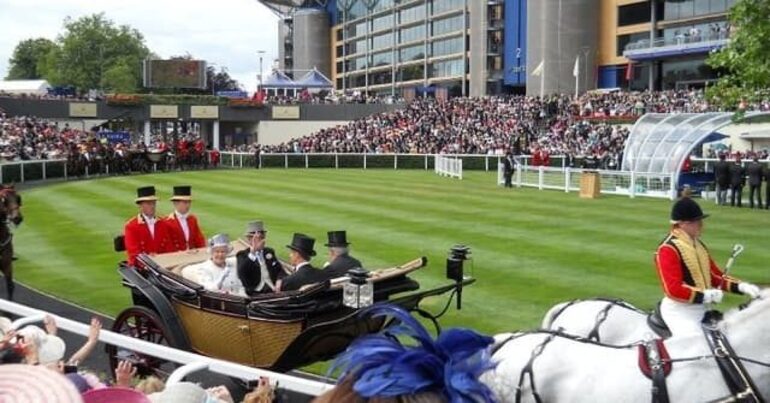 The Royal Ascot is one of the most anticipated events in the world of sports. Held annually in the English town of Ascot, the event includes a gala, cocktails parties, and of course, some of the biggest horse races in the world. Spread out over a week, all the races are hugely popular and draw in a huge crowd of punters, not just from England, but from all over the globe.

Royal Ascot 2022 was held on June 14 and concluded on June 18. With its recent conclusion, we thought we would look back at the event, and talk about the biggest winners of the Ascot in 2022. In this article, we are going to look at people who’ve made quite a bit of cash, some people who’ve missed their opportunities at a big payout and look at a few standout horses and athletes from the event.

Big Win, But Could Have Been Better

One of the wins that has garnered quite a bit of traction is the win of a punter who went home with £4000. Under normal circumstances this achievement would be cause for celebration. The sum is nothing to sneeze at, and for Michael Lightfoot, it will certainly come in handy. However, had he kept at it, he might have stood to win £9000. So, just how did it all go wrong?

Lightfoot placed a 20p alphabet, which grew to £4000. For those who are unaware, an alphabet is a bet that requires six different and unrelated selections. While these selections could come from a mix of sports, in this case, the punter stuck to horse racing. However, upon winning his £4000, Lightfoot, self-admittedly, lost his nerve, and pulled out of his other bets. This resulted in a huge disappointment when his top picks ended up winning the game. This would have netted him a total of £9000, which would certainly be a welcome reward.

Another huge win of the Ascot resulted during the 3rd day of the event. Judge Andrew Mount, as it turns out is quite a shrewd punter. He put down a bet of 5p on a 40–1 race, in favor of outsider horse, Rising Star. He also put his money on Random Harvest ridden by jockey Saffie Osborne. These two predictions ended up being quite intelligent, as the horses ended up winning the race, and Mr. Mount went home with a £3000 profit.

Lastly, we must look at one of the biggest wins of the year, if not the biggest. One lucky punter placed £2.50 each-way bet, through William Hill.

The horse’s victory resulted in the bettor seeing a return exceeding £300,000. This victory certainly increased the stock of the horse and might have inspired quite a few punters to come back next year, hoping that they too can get a slice of the pie.

Horses That Stole the Spotlight

This year, Broome was among the standout horses.

He won the Hardwicke Stakes, a Group 2 flat race and one of the Ascot’s top events. However, it was Naval Crown, jockeyed by James Doyle that truly shone bright. The horse won the Platinum Jubilee Stakes in a 33-1 shot, taking victory away from Creative Force, who was ridden by William Buick.

The Royal Ascot is one of sport’s most anticipated events. It is also one of Great Britain’s biggest and most prestigious social events. During the 2022 iteration of the event, some left in disappointment, and some managed to score a huge win, prompting many to try their hands at betting during future events.