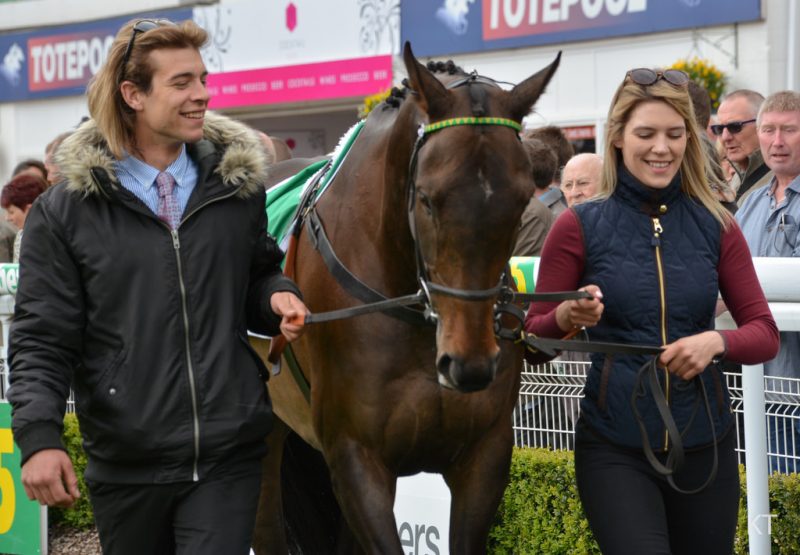 The Cheltenham Festival has a place etched in history books for countless reasons. But there is no definitive record of the biggest Cheltenham gambles that have been landed at the fabled ‘Home of National Hunt Racing’.

Unquestionably enormous punts have become the thing of legend and the figures now bounded around may be no more than romanticised hearsay.

But there is no doubting the men with brown satchels, high-street bookmakers, and their modern day counterparts – the online sportsbooks who are based in offices in Gibraltar and Malta – have had their fingers burned to a crisp during Cheltenham week more than once.

Topping our list is Destriero, the 1991 Supreme Novice’s Hurdle winner, owned by JJ Furlong, an Irish carpet manufacturer known as Noel as he was born on Christmas Day and later globally recognised for winning the 1999 World Series of Poker main event for a $1 million prize.

Destriero, a twice-raced five-year-old was a double-digit unconsidered runner in the Supreme Novice’s Hurdle. It was no surprise, his connections were somewhat obscure, the Irish had a poor record in the race and just two years earlier they had left the Festival without a single winner.

His long-rang 16/1 price remained intact until the jockeys were given the order to mount. And then the cash came for his charge, mountains of it. In what was considered to be one of the most competitive races of that year’s Festival, Destriero’s odds had been hammered into 6/1 by the time the tapes rose. Indeed, this legendary Cheltenham betting coup was carried out with clinical precision. Furlong managed to shovel £300,000 on to his horse and the gamble was never in much doubt.

Always in contention he horse took up the lead turning from home and while he hit the last hurdle it cost him little momentum and Destriero stayed on powerfully up the Cheltenham hill to beat the subsequent Champion Hurdle winner Granville Again by four lengths.

When the six-year-old Kicking King won the King George he entered the Cheltenham Gold Cup betting at 6/1. There he stayed until the start of March when news broke that he had scoped poorly, had developed and had an infection which would require a course of antibiotics meaning he could not run in the Gold Cup.

Betfair’s exchange punter reacted by pushing him out to 999/1 where £94 was matched. However, within a week Kicking King was back into 14/1 and, when news that connections had decided not to put him on antibiotics (letting nature take its course) and his condition was much improved, that price soon evaporated.

It duly collapsed when Best Mate was scratched from the Gold Cup after sustaining a burst blood vessel on the gallops days before the race. Going off at 4/1 on the day, Kicking King was a very impressive Gold Cup winner and a profitable one for two individual Betfair customers – one had placed a £25 bet (to win £25,000) another £10 to collect £10,000.

Amazingly history repeated itself five years later with another supposed ‘non-runner’, Binocular, winning the Champion Hurdle after also being laid at 999/1.

Legendary gambler Barney Curley had a hand in one of the biggest Cheltenham betting coups of the 1980’s selling a horse by the name of Forgive n’ Forget.

Strangely enough it was a shrewd purchase as the horse, under the care of his new trainer Jimmy Fitzgerald was backed at double-digit prices for the Coral Golden Handicap Hurdle (the race is now known as the Pertemps Hurdle) from the moment the weights for the race were made public.

A sustained avalanche of money saw the horse, seemingly anchored by 11st-6lb, go off as the 5/2 favourite in the 23-runner race and, under 19-year-old Mark Dwyer he duly romped home via confident come-from-behind ride. It’s a story many have forgotten with Forgive n’ Forget’s Gold Cup triumph two years later being considered this horse’ finest moment.

In the same race 15 years later (at this time called the Unicorn Homes Gold Card Handicap Hurdle) there was a case of deja vu when Martin Pipe transformed a seemingly exposed and ordinary nine-year-old Unsinkable Boxer into a handicap snip.

Successfully repairing his delicate legs and remedying his inclination for breaking blood vessels, going into Cheltenham the horse had enjoyed three wins for his new handler and had risen 34lb in the official handicap.  Nevertheless Marti Pipe knew how much more in hand to the point he publically declared his horse to be “the biggest certainty to set foot on Cheltenham racecourse”.

The public listened too. Unsinkable Boxer, despite facing 23 rivals, went off as the 5/2 favourite and won facile fashion (by four-lengths) under jockey AP McCoy.

When is winning £1m considered unlucky? When your winnings should be over £3.1m but your chosen online bookmaker has a maximum pay-out limit of ‘just’ a million!

Nevertheless 31-year-old stable-hand Conor Murphy was happy enough with his 2012 Cheltenham Festival after stringing five of his bosses’ runners together in an audacious £50 accumulator which he placed before Christmas. That boss was Nicky Henderson and his selections were Sprinter Sacre (6/1) Simonsig (12/1), Bob’s Worth (6/1), Finian’s Rainbow (8/1) and Riverside Theatre (10/1).

His first two winners, Sprinter Sacre (Arkle Trophy) and Simonsig (Neptune Hurdle), hardly gave Conor Murphy an anxious moment when winning easily on the opening day of the Festival. Bob’s Worth (RSA Chase) and Finian’s Rainbow (Queen Mother Champion Chase) had to work considerably harder for their victories on the Festival’s second day.

If Murphy had a sleepless night heading into day 3 of the Festival he must have given birth watching Albertas Run lead his selection, Riverside Theatre, over the final fence. But in a stirring finish, which had even those without a financial interest on their feet and cheering the big bet home, Riverside Theatre, owned by actor James Nesbitt, got up to win by half-a-length under Barry Geraghty.

Aided by his winnings Conor Murphy is now a successful racehorse trainer in the USA.